Online Webinar This webinar will be hosted by Zoom. UNITED KINGDOM
This CPD-certified webinar has now taken place. Watch it on-demand on Knowledge Finder.

A panel of senior industry experts discusses how public and private capital markets are reacting and responding to the global crisis we currently face. Panelists talk through the current state of affairs from their perspective, the opportunities and challenges they are seeing, and how they see differences in the markets and capital sources as they look towards recovery.

This webinar is CPD Certified. Regardless of industry or sector, most people are now required to undertake CPD (Continuous Professional Development). The updating of skills and knowledge is critical in keeping abreast of industry changes, maintaining professional competence and ensuring that qualifications do not become obsolete. Anyone who is a member of a professional body or institution is automatically expected to do CPD as a requirement of individual membership. In addition, most employers now require all their employees to undertake CPD regardless of role or responsibility. This webinar counts towards 1 hour of training and after completing the webinar you can request your ‘Certificate of Attendance’ directly through the CPD Certification Service. 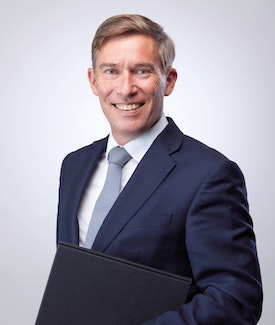 Richard A. Johnson is a 33-year veteran of the real estate industry. He has lived and worked in Europe, Asia and the Middle East and led investment, development and financing transactions in all real estate asset classes in many major global markets. Since 2020 he has been Head of International Capital Markets at SIGNA Financial Services AG. The SIGNA Group, founded in 1999, is one of the largest real estate investors and developers in Europe. The real estate Gross Asset Value of the Group amounts to some €20 billion. Based in Zürich his role is to identify and work with non DACH capital and capital partners for various elements of the SIGNA Group. Richard previously spent approximately 10 years at each of CBRE (St Quintin) and JLL, 3 years at Standard Chartered / Istithmar and most recently 10 years with UBS in Asia and Europe. He has sat as an independent director on a Singaporean REIT and as board director of 3 other listed real estate companies. He originally studied law at Oxford University (MA) and thereafter real estate and finance at City University, London (MSc).
View in Member Directory Will open in a new window 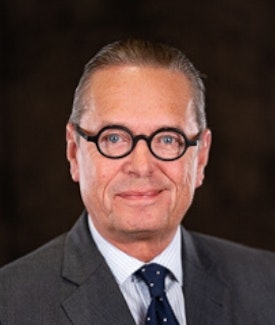 Erik Sondén has more than 30 years experience in the European Property Markets. His career has led to him living and working across Europe delivering Advisory, Banking and IM to leading firms including JLL, Deutsche Bank, Société Générale and more recently EY offering them a broader perspective on the opportunities in real estate. In January 2019, Erik joined DTZ Investors as Senior Advisor to the Client Capital Group. Throughout his career, Erik has been devoted to the real estate industry taking a keen interest in enhancing the skills within the industry and sharing his knowledge. Erik was President of The Swedish International Property Owners’ Association for 6 years and President of ULI France from 2010-2014, of which he is still a Board Member. Erik has been a speaker and moderator at many real estate conferences and events such as Expo Real, AFIRE, ULI, SIPA, MIPIM Europe & Asia, Business Immo, Property Europe and Les Echos. Erik is a fellow of The RICS.
View in Member Directory Will open in a new window 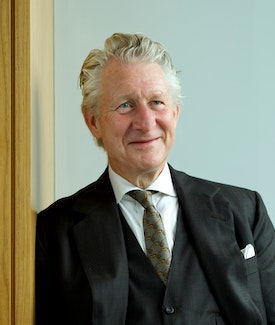 Roger Orf joined the company in November 2010 and is a Partner & Vice-Chairman of Apollo’s Principal Finance and Real Estate businesses segment focusing on transaction development for both real estate equity and debt, operating partner outreach, significant limited partner matters and general ambassadorial work across the platform. He serves on the Investment Committees of the Apollo North American Real Estate and the European Principal Finance funds. Previously Roger was responsible for Citigroup’s global real estate investment activities. He has spent the majority of his career investing in the European real estate markets since he arrived in the UK in 1991 whilst working for Goldman Sachs. Following his retirement from Goldman Sachs, Roger pursued an entrepreneurial career, highlighted by the founding of E-Shelter GmbH, a German-based data centre business which he and his partners sold for €1.1 billion to NTT. Roger currently serves on the Board of Policy Exchange and has also been a member of the Chicago Booth Council since 2015. He has previously served on the boards of Atrium European Real Estate, Urban Land Institute, Regus PLC and Ambassador Theatre Group. Roger earned his bachelor’s degree Magna Cum Laude, Phi Beta Kappa from Georgetown University and a JD and MBA from The University of Chicago.
View in Member Directory Will open in a new window John Barakat joined M&G Investments in September 2008 as Head of Real Estate Finance to begin M&G’s direct lending activity in European commercial real estate. Since that time, John has been responsible for approximately £10 billion of investments in this sector on behalf of 70+ institutional investors, including Prudential Assurance Company, and has built a team of 21 professionals. Throughout his 30+ year career, John has been involved in all aspects of real estate including lending, investment, securitisation, loan restructuring and workout, bankruptcy and reorganisation, leasing, mergers and acquisitions and sales. Prior to joining M&G, John spent 17 years at Goldman, Sachs & Co. where he became a managing director in 1997. His final position at Goldman was as head of the Commercial Property Finance Group in London, having previously been co-head of Goldman Sachs’ Real Estate Department and the Lodging and Gaming group and a member of the investment committee of the Whitehall Street Real Estate Fund from 1998 to 2003. John graduated cum laude from Georgetown University and earned his MBA with honours from Columbia University.
View in Member Directory Will open in a new window

ULI Washington: Courageous Conversations: The Only One in the Room

REDi 2021 is a virtual 12-session curriculum designed for professionals of color and women working in real estate industries. The program aims to advance participants’ careers and expand their professional networks.

This four-session educational series is presented in one-hour topical segments by the ULI Greenprint Center for Building Performance.